Vancouver punk rock 4-piece Rest Easy (consisting of members of Daggermouth and Shook Ones) have announced a new album titled 'Hope You're Okay,' set for release on October 28 on Mutant League.

The band has unveiled the first single "The Hill" along with a music video: https://www.youtube.com/watch?v=KQ-hcfcjwZk 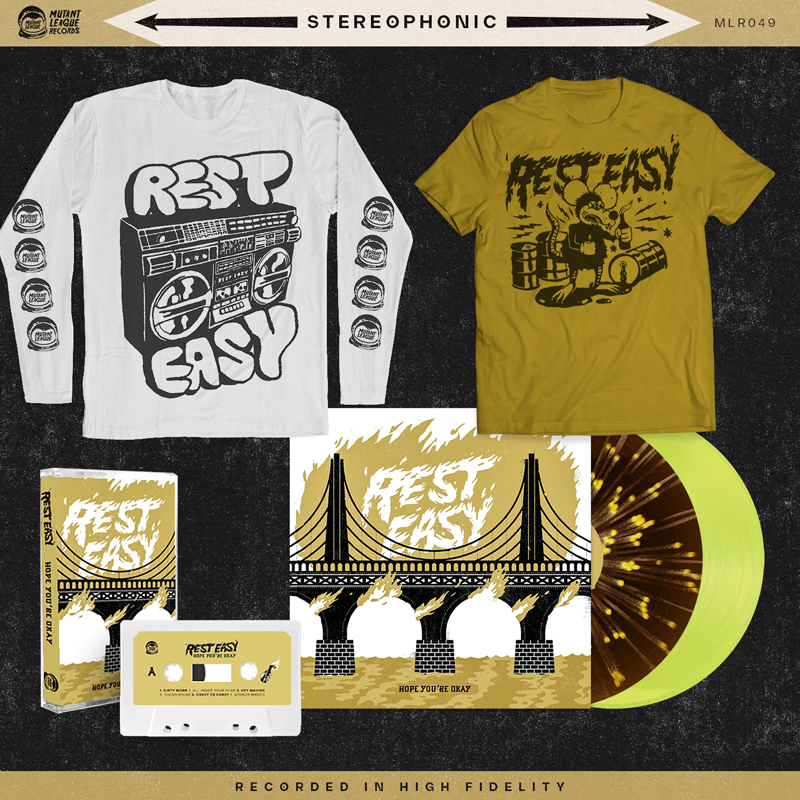 The 8-city tour kicks off June 24 in Canton, OH and wraps up on July 2 at Chicago's Subterranean. See the full list of dates below.

Tickets can be purchased at: www.mutantleaguerecords.com/tour 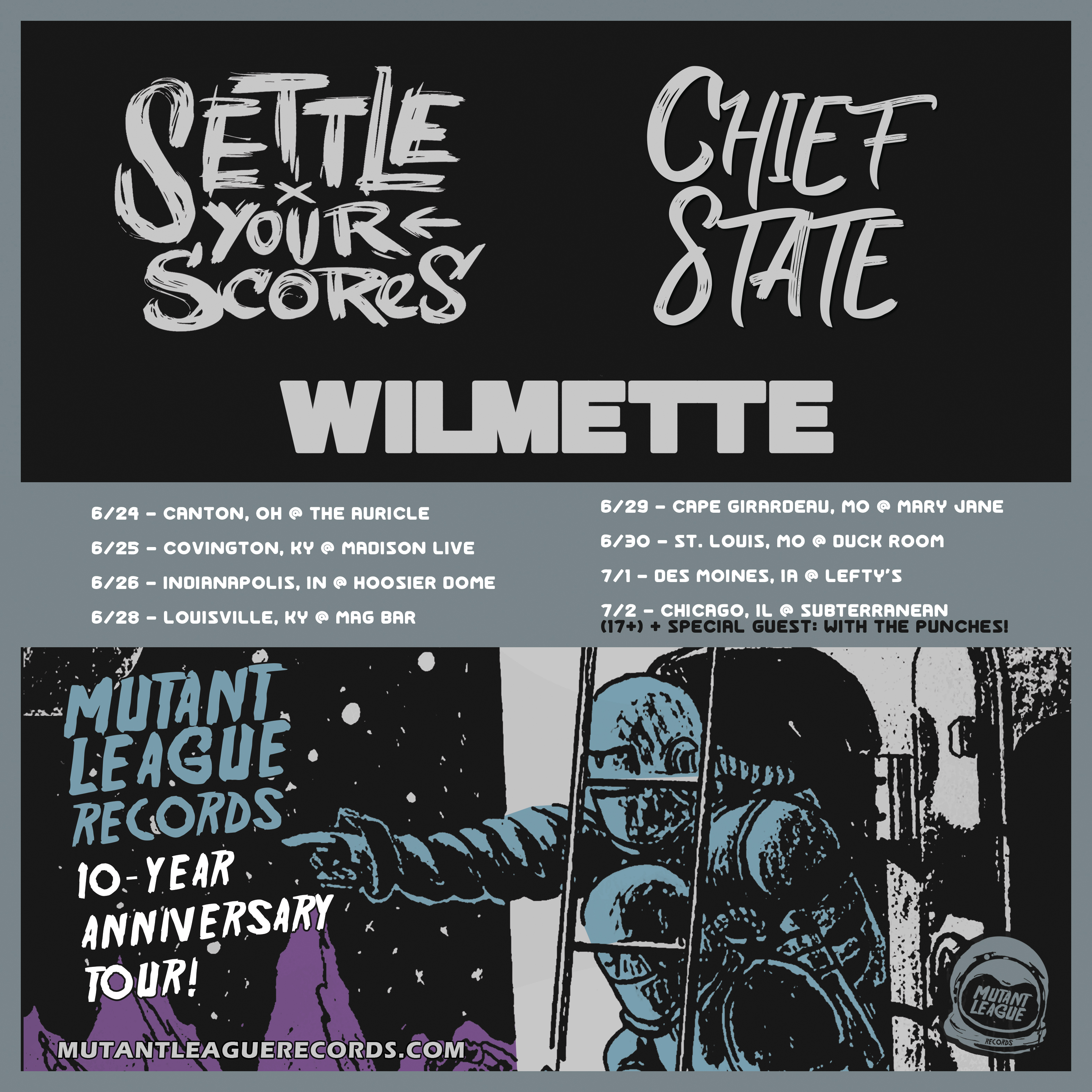 NY pop punk vets With The Punches have signed with Chicago-based Mutant League Records and will release a new EP "Discontent" on May 27, 2022.

The band has also dropped the first single "Stoneham Blues" offering fans a taste of what's to come.

Of the new track, vocalist Jesse Vadala says, "In the time when we were touring independently and writing our own way around the country, I often felt invincible even if just for a while. Inevitably, the rubber band would snap and bad news would arrive. I would be reminded swiftly of the severity of time and certainty of death. Always mildly obsessed with thoughts of my own. 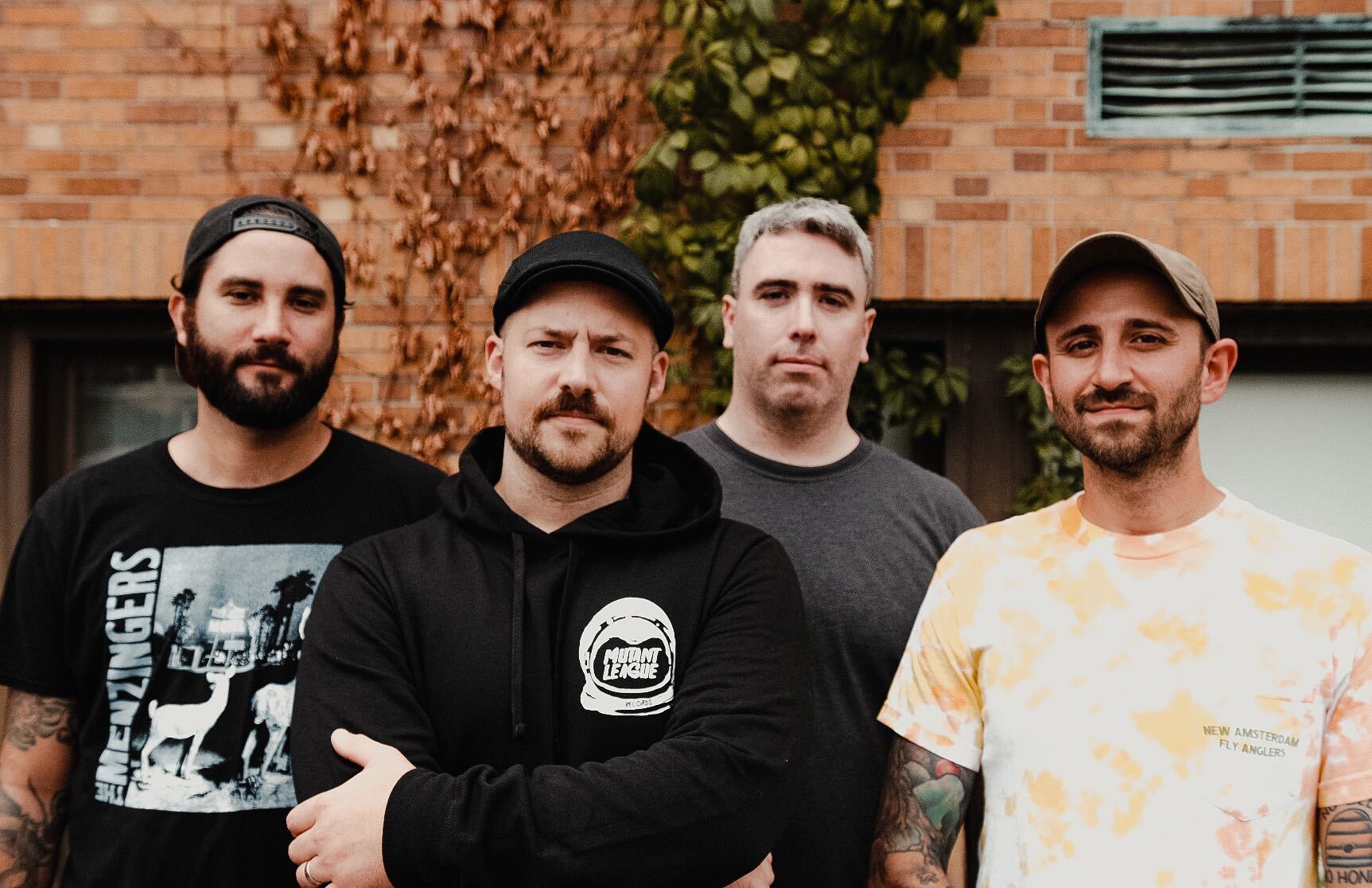 This song is loosely written about a few close friends who passed away. I struggled like many do in processing death, especially those lost to addiction. We always wish for ways to protect the ones we love. When they leave abruptly, it can shatter so many lives. Some days we feel lost. Other days we shine a bit brighter from the light of our memories. There were several sharp moments like this in the last few years. Now when I give it time, I feel so proud and thankful for all of the beautiful memories, they tend to outweigh the bad."

With The Punches is regarded as a staple within the emo/pop punk community. Formed in 2008, the band has released three EP’s and one full-length album in that time. Their new EP “Discontent” will be the band’s first release in over 9 years.
Recorded and produced by Brendan Williams at Gain Stage Studios, the upcoming EP includes 5 of their most distinguished tracks to date.

Chief State are back with a new single titled "Team Wiped" off their just-announced upcoming debut full-length 'Waiting For Your Colours,' which will be released via Mutant League Records on July 1.

Pre-orders for the album will be launching soon.

The follow-up to the band's 2021 stand-alone single "Metaphors" and 2020 breakthrough EP 'Tough Love,' 'Waiting For Your Colours' is the culmination of 5 years of relentless hustle (not to mention a ton of blood, sweat, and tears).

The journey to get here began with frontman Fraser Simpson, who at an impasse in his life, decided on a whim to leave his home in the UK for Japan in 2014 and eventually move to North America to form a band via Craigslist, where he connected with Nik Pang, Chris Kavanagh, Justin Pham and Joseph Soderholm to create Chief State.

Uncertainty, longing, a search for meaning, and assessing life choices make up the themes on the new album, which chronicles closing out your 20s
at a crossroads and examining where we belong, our place in the world, and allowing ourselves the time to figure it all out.

Simpson says, "There’s definitely a coming of age theme on the new album. We're asking ourselves: What am I looking to get out of life, out of being in a band? What joys do I want to pursue and where do I want to place my energy moving forward? We've come to the realization that we all need to stress less on the things we can’t control and enjoy more of what we have, what we can control and the journey itself."

Collectively the band members spent their young adult lives struggling mentally, emotionally and financially, in pursuit of their dreams, but the grind appears to have paid off, as Chief State is now on the cusp of something great!

With an ever-growing legion of fans in their corner, a reputation for stellar live shows, and a new album's worth of kickass songs in their arsenal, 2022 is shaping up to be the year of Chief State. 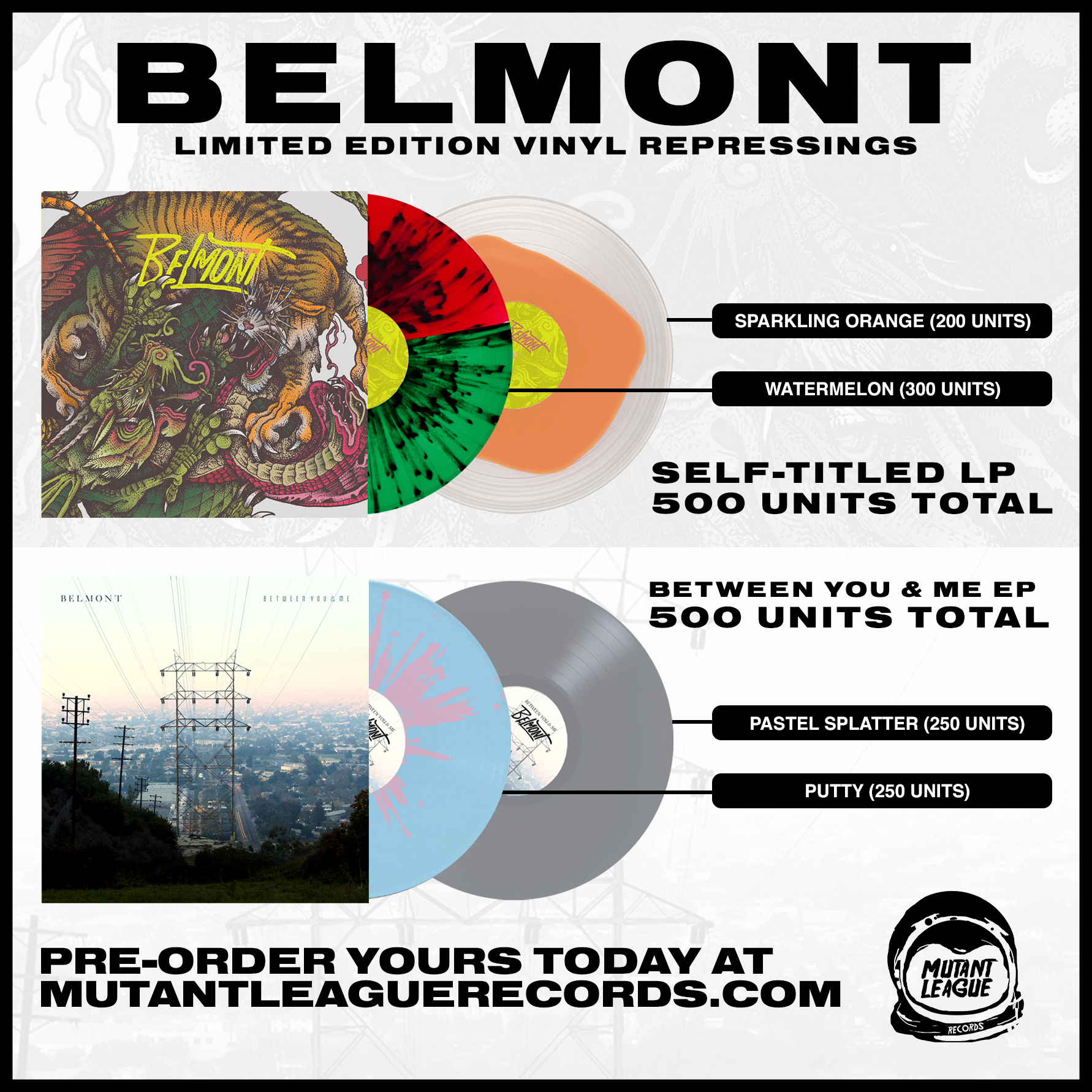 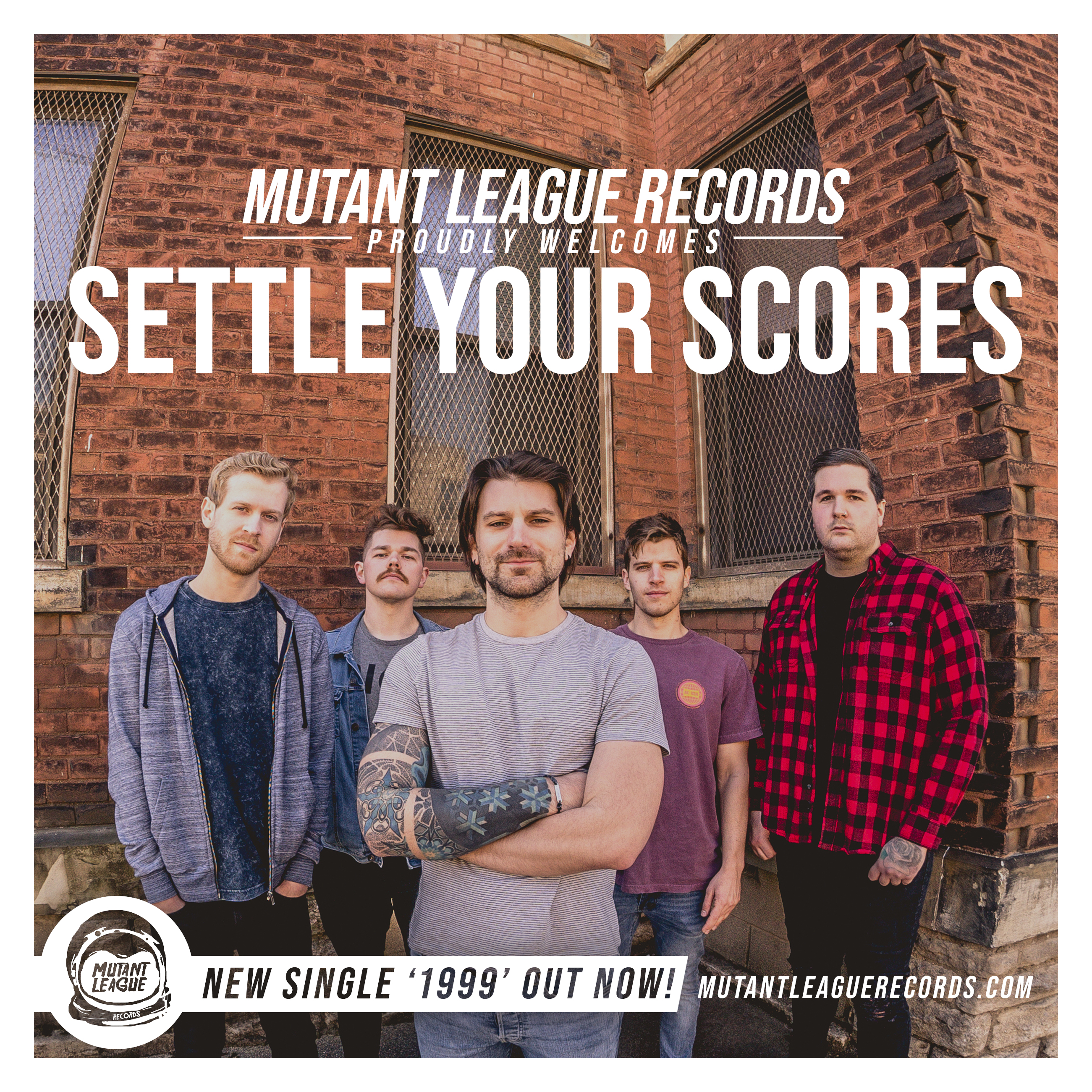 Cincinnati, OH pop-punks Settle Your Scores have signed Mutant League. Watch for an album announcement soon. In the meantime, check out the first single and music video "1999" HERE: https://www.youtube.com/watch?v=klSXqFL9PEg.

Mutant League is proud to announce the signing of Rest Easy, a newly formed punk rock band from Vancouver consisting of members of Daggermouth and Shook Ones. Their upcoming Mutant League Records debut 7" "Sick Day EP" is due to be released in early 2021.

Check out a preview of the band's upcoming single here:

United Kingdom, Australia, & Japan: we just launched new merch stores in your countries! You can now can enjoy affordable shipping rates and quicker transit times by ordering locally through one of the vendors below: 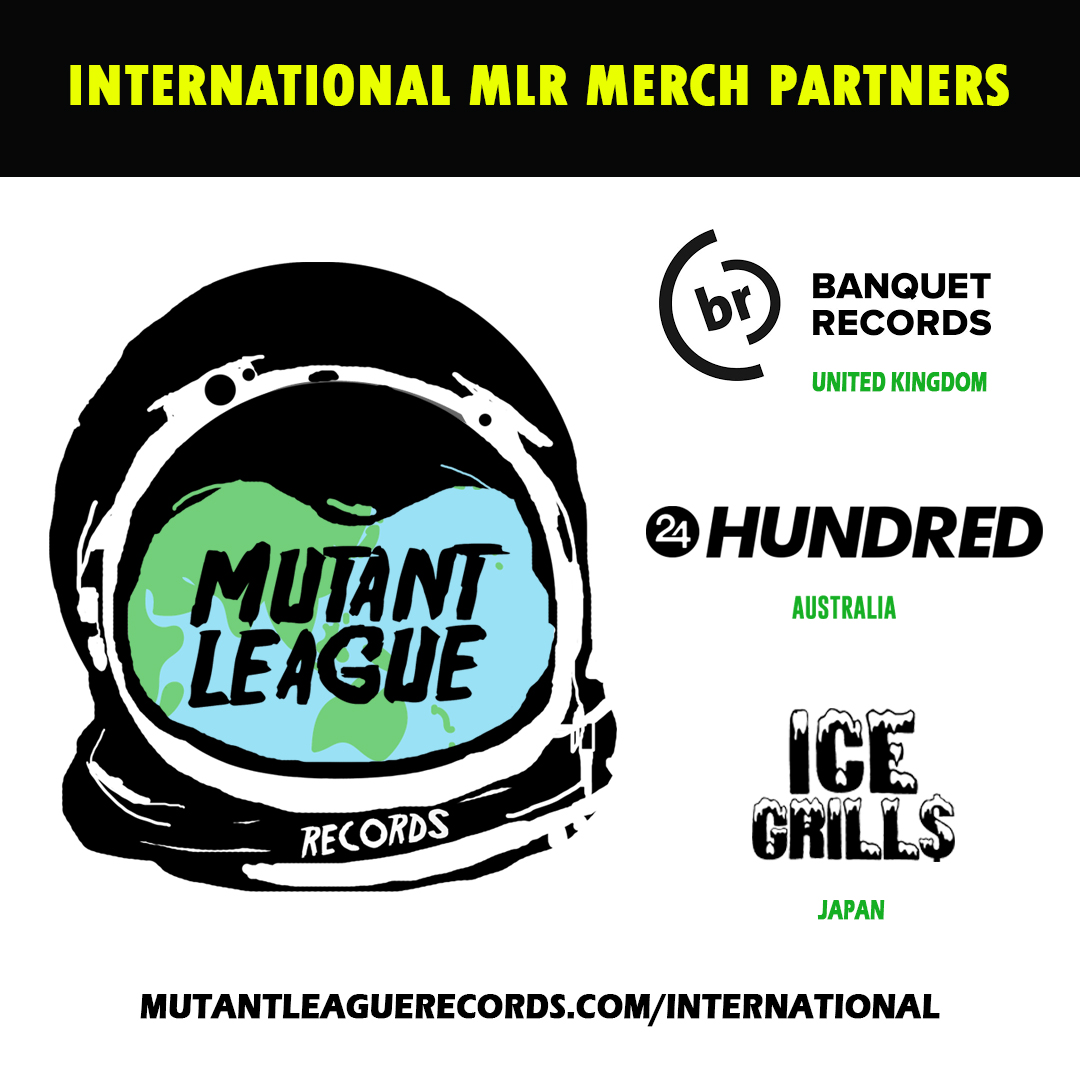 Wilmette's new single & music video for Adderall is streaming now over at Altpress a day early before the track hits Spotify/Apple Music and all other digital providers tomorrow! Their new self-titled EP will be released on 9/25. Pre-orders are available now via the Mutant League store. 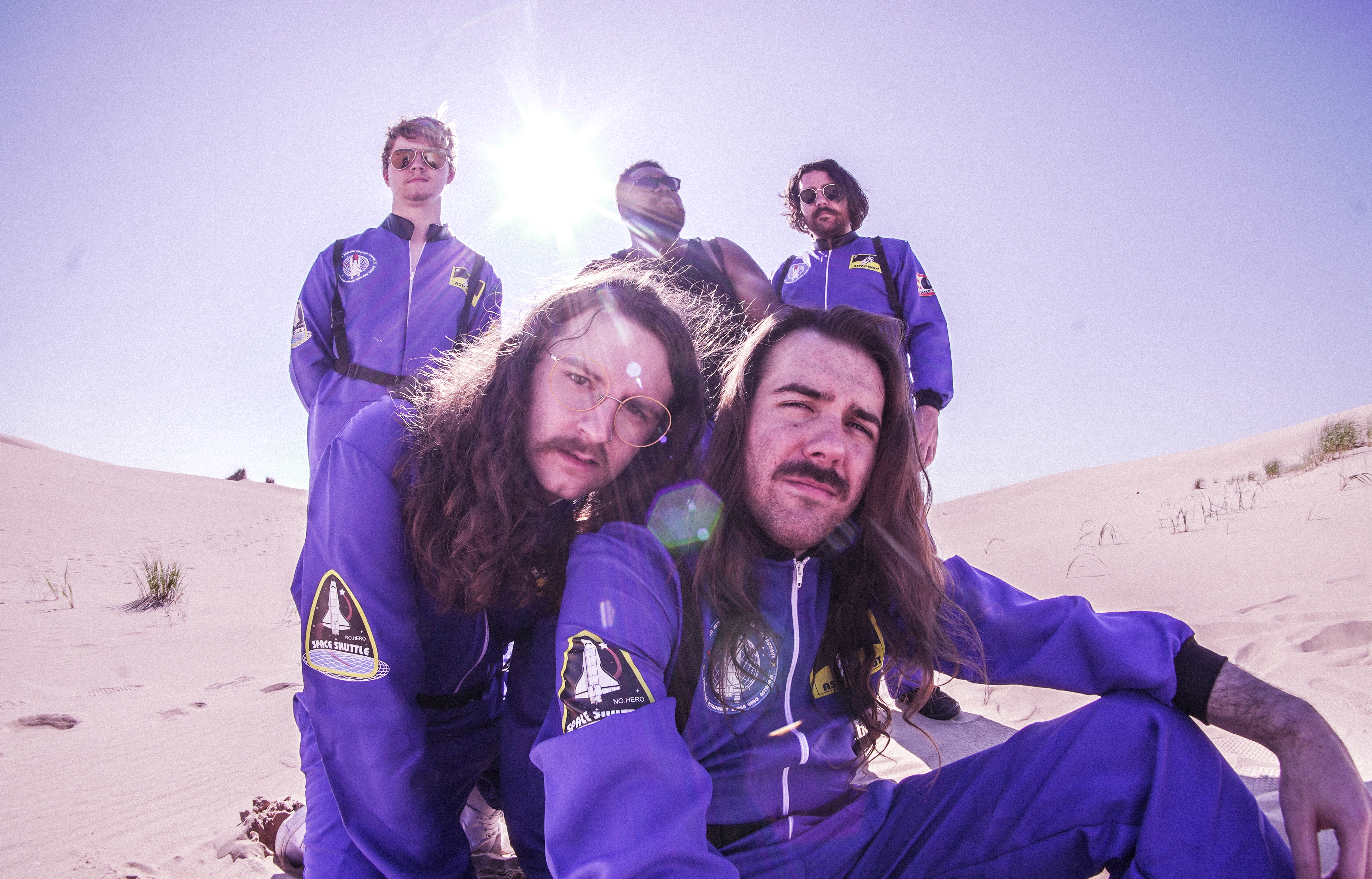 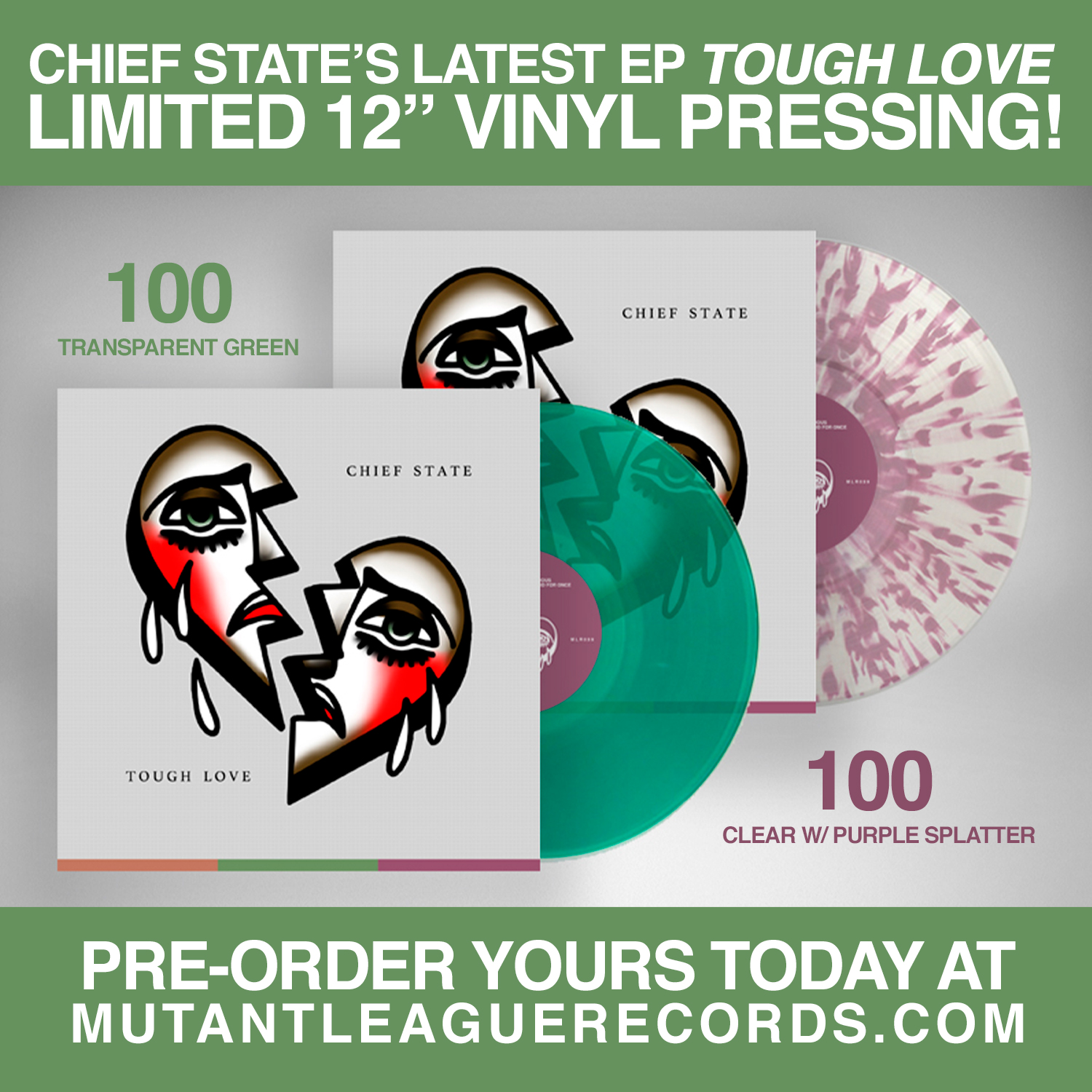 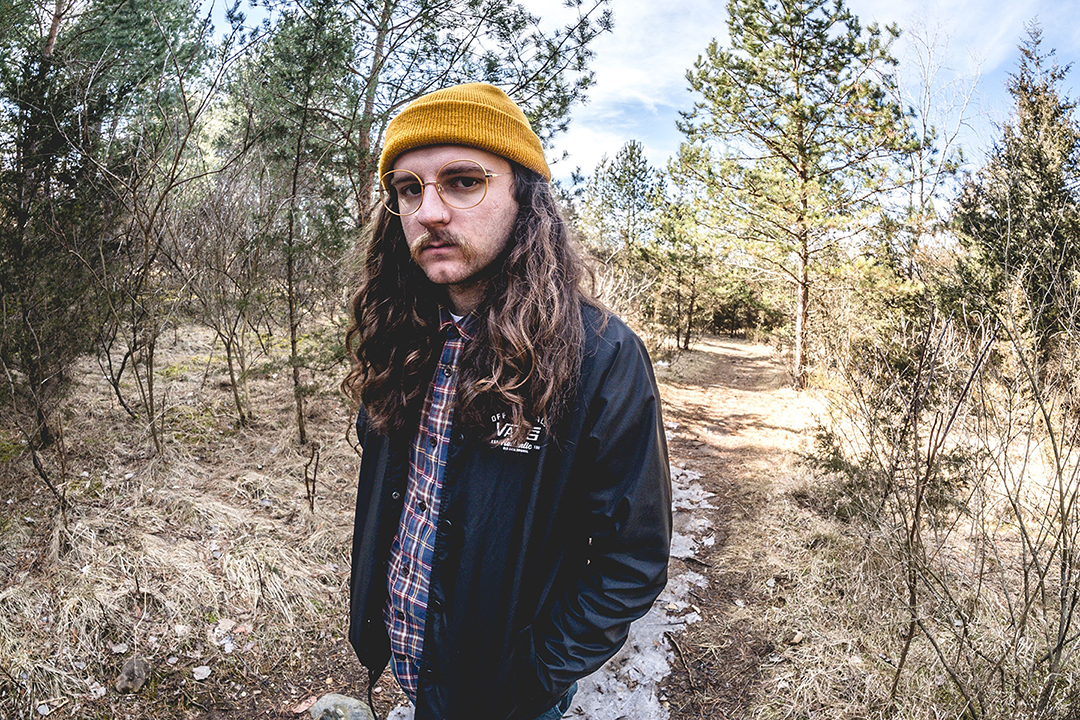